The man called in the early hours of Friday using a mobile number saying that CM Yogi Adityanath will be assasinated in a bomb blast. 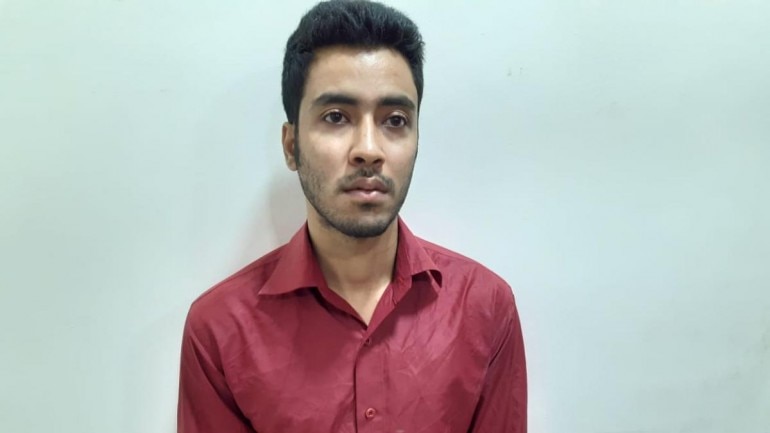 The accused, 25-year-old Kamran Amin, will be produced in court for transit remand to UP.

The Maharashtra Anti Terrorism Squad (ATS) on Saturday arrested a man from Mumbai who had allegedly made a call to the social media help desk of the Uttar Pradesh government threatening to assassinate Chief Minister Yogi Adityanath.

The 25-year-old called in the early hours of Friday using a mobile number saying that CM Yogi Adityanath will be assasinated in a bomb blast.

Folowing this, an FIR was registered at Gomti Nagar police station in Lucknow while the UP Special Task Force (STF) started an investigation. The Kalachowki unit of Maharashtra ATS had been conducting investigations in the case on leads received form the UP STF.

Based on technical and ground intelligence the accused was traced to Mumbai’s Mhada colony, Chunnabhatti area. ATS officials nabbed a person identified as Kamran Amin.

The accused Kamran confessed to the crime, said ATS officials. The UP STF was informed about his arrest. The team is currently in Mumbai and the accusedhas been handed over to STF.

The accused Kamran will be produced in court on Sunday. He will then be handed over to the UP STF which will seek his transit remand and take him to Uttar Pradesh for further investigation.

ATS officials said his father was a taxi driver who died two months ago, other than his mother, he has an elder brother and a sister. Officials also said that the accused was also a drug addict.

Premier League: Bournemouth player tests positive for coronavirus, to be self isolated for 7...

Lockdown 4.0 starts today: what is allowed what is not in new MHA guidelines

Beaches, nightclubs? Europe mulls how to get tourists back amid Covid-19