Home India News Witnessing Cyclone Amphan: It was exciting at first, then the lights went...

It’s been two days since winds blew over the city at a speed of 185 kmph. Things are back to being calm — and warm — now, but the remnants of a devastating cyclone are spread wherever you look.

I had just finished my work in a morning shift on May 20 when the cyclone made landfall in Digha, the favourite childhood vacation spot of every Bengali family in Kolkata. This was around 3.30-4 pm on Wednesday. Over the next few hours, the cyclone would end up killing over 80 people in the state.

I shut my laptop and switched on the local news channels where reporters showed harrowing visuals of waves battering Digha’s beach constructions on which we would stand as kids and let the wind blow our cotton candies. The TV cameras showed huge black boulders uprooted from the old sand beach of our memories and thrown up on the road above. The visuals were chilling but the cyclone still seemed like a distant threat. Within an hour, it was closer home. The doors and windows started banging, declaring its arrival. It went on to kill 20 people in the city.

As we watched in horror standing at the balcony, leaves and even mangoes from a tree beside our house started flying away. No one dared open a window as the monster whistled above us.

There was a constant rattling of the closed windows since 5 pm that evening. It was borderline exciting at first, getting to witness such a fierce monster at close quarters. But soon, the lights went out and the monster took over.

As we shot pictures and videos, the internet and phone signals went away, and that is when the gravity of the situation dawned on us.

A day later we were told this was the worst cyclone in over 280 years.

Our neighbourhood in a small south Kolkata locality near Barisha was being dug up for sewage work, work that was put on hold during the lockdown. The water brought by the cyclone now refuses to go down, with all the roads turned inside out. 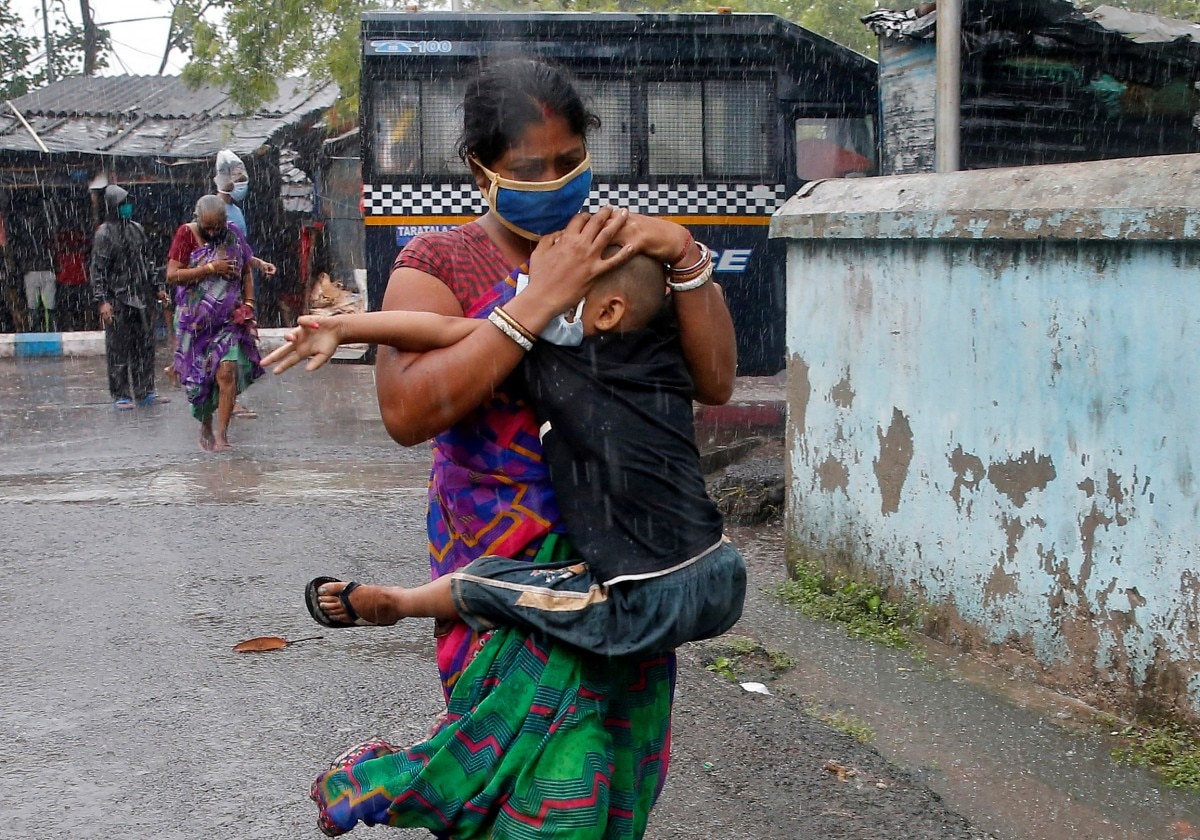 There’s water all around the corner building we live in. From our second-floor apartment, everywhere we look there’s water that has now taken a greenish mouldy colour. Debris and garbage litter the streets, mixing with the rotting water from overflowing drains.

That night, wind gusted over Kolkata at a speed of up to 185 kmph and the doors started rattling with more intensity, like they do in a horror film before the interval when the family is completely trapped from all sides in a dark, damp house.

We lit candles, but even with closed windows they went off every now and then when the wind managed to break through the narrow creeks.

Around 7 pm, water started to seep in through the closed windows and gaps in the AC vents. The rainwater had made channels inside the rooms on the second floor and this was still Kolkata, a place the cyclone just ‘brushed’ past.

As we sat quietly around a candle in the living room, something huge crashed in the neighbourhood with a deafening sound. A tin roof over a nearby building had blown off. Noise from the cyclone accompanied by an orchestra of trees and open roofs went on for another hour before things started to calm down and we believed we were in the eye of the storm. Within half an hour, the winds again picked up pace. But it was all gone by 9 pm.

There was some phone reception after that and frantic calls and messages started pouring in. Friends and family from other states and parts of the city started checking on each other.

The next morning, we went up to the terrace to look at the damage around us and found several roofs missing in the locality.

The phone started pinging again. Later in the evening the government said 80 people had died in Bengal and the bodies were still stacking up.

Did coronavirus outbreak begin in September, not December as China says?